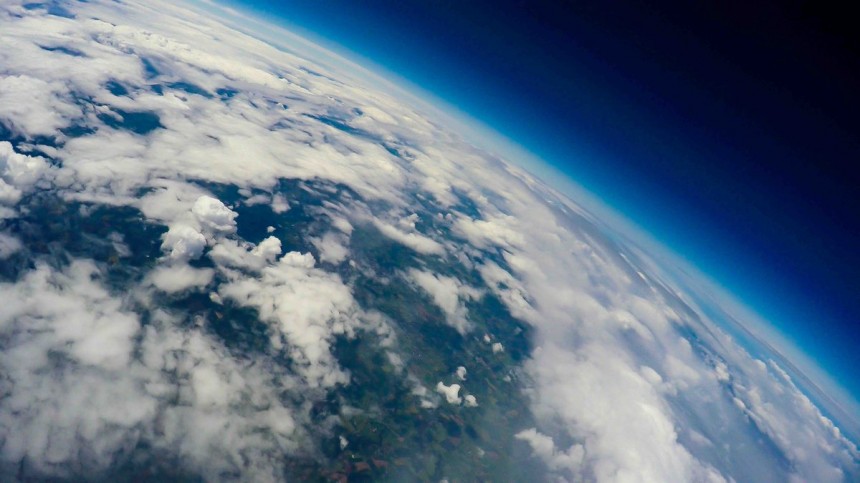 We have lift off! Altrincham Preparatory School boys put their faces in near space last week as part of an exciting project to launch their own craft through the Earth’s atmosphere.

After discussing their mission with astrophysicists from around the world, Year 6 boys designed their own experiments to conduct from mission control at Altrincham Preparatory School, before testing their High Altitude Balloon with a tethered launch on Wednesday.

On Thursday, the boys counted down to the real launch from a remote location near Welshpool, with video cameras sending back spectacular images and data from Near Space. The balloon reached a staggering 20,603m (almost 68,000ft) above sea level during its 90 minute flight before descending back down to earth and landing in a Cheshire field, where the boys excitedly retrieved the payload.

To get the project off the ground - literally - has meant Year 6 have had to work hard to crowdfund their balloon and attract sponsors, with Beckswood Properties and Rothschild & Co providing valuable support. The boys also decided to further fund the project by paying a small amount to send pictures of themselves into space - with some spectacular results.

‘Seeing that image of our craft in space was such an amazing feeling,” said Henry from Year 6. “We’d worked so hard for such a long time to get to that point. From a really small idea, we achieved something really quite big.”

“That’s why we’re so proud of the boys,” agreed APS Deputy Head Lindsay McKenna at the playback of the launch on Friday. “They’ve taken ownership of the project; raising money, showing impressive entrepreneurial skills and of course taking a real interest in the science and technology of what they were doing.

“It’s been so beneficial for them in terms of team working, and to have that wow moment where they saw the footage of their craft breaking through the atmosphere and looking down over the curvature of the Earth will surely be something they never forget. It’s been a fabulous week - and a great example of how ambitious this school is for its boys."

A very special message from Pre-School